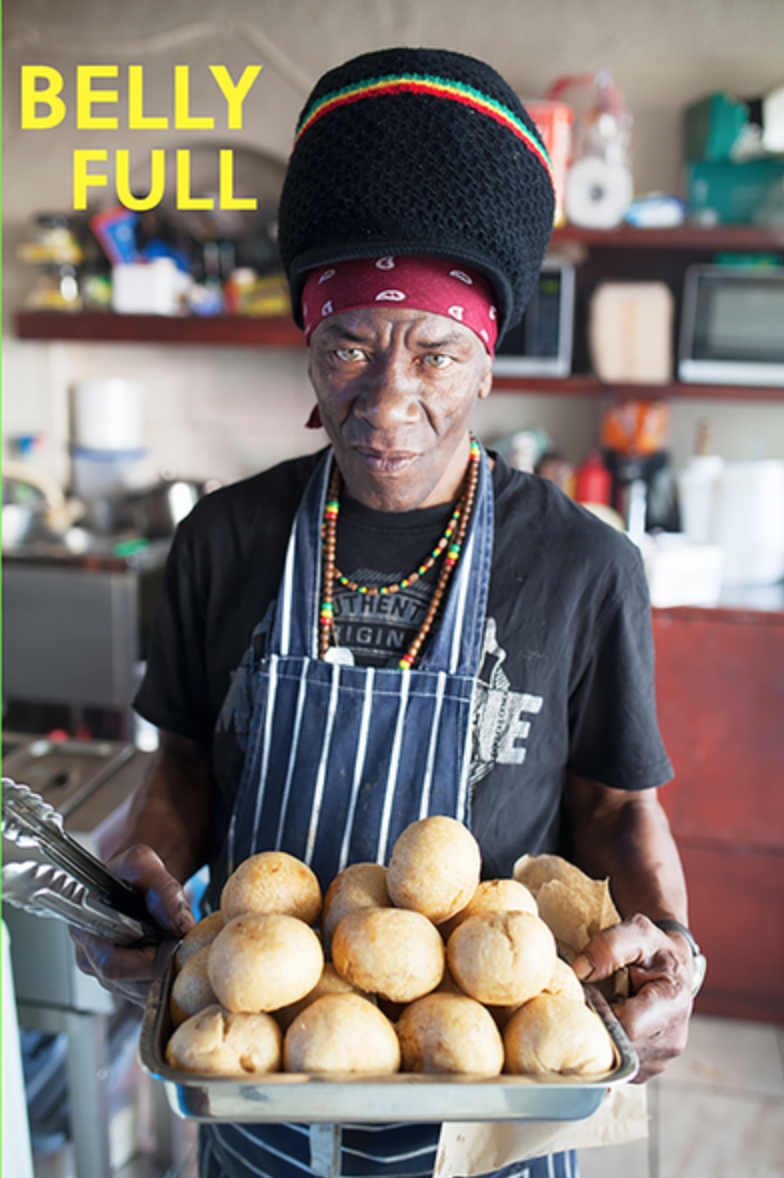 For all those on the West side of the Atlantic Ocean who celebrate Black History month in February, we in the UK happen to celebrate the month long event in October.

With interests surrounding a wealth of topics reaching a high in this month I thought it would be a good time to launch a project  I worked on called Belly Full.

Here, I spent the last year travelling across the UK meeting the people and families behind many of the UKs oldest and most popular Afro-Caribbean food spots. The African presence in the UK has been documented for centuries however the typical food culture that we recognize today only came to fruition after the 2nd world war with the wave of African and Caribbean migrants that followed.

What follows are the people and food from the first part of the project documenting the sights from those who through necessity, enterprise or inheritance have dedicated their lives to the food deriving from their home Caribbean islands. The first part depicts the earliest chapter of Caribbean food in the UK, which were Bakeries. It wasn’t always as easy to source seasoning, spices and produce how it is now and people had to make do with what they could find to replicate foods from back home. This was seen across some of the Bakeries and small grocery shops of the time. 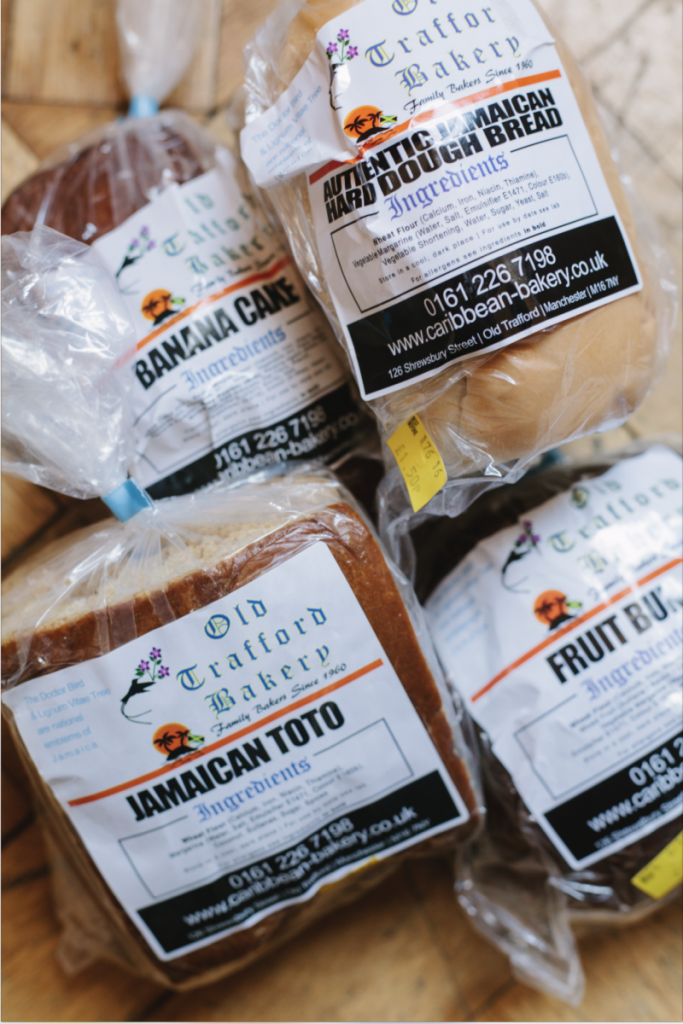 The shop founded in 1960 had its origins in the 1950s when founder, Mr. Winston Reid – a Jamaican began making Caribbean style baked goods for the community. In the early days the bakery was essentially set up for the local Caribbean community and the notable West African community seeking ample replacements for own breads. It didn’t occur to many that the English population and other adjoining Asian communities may be enticed by the baked goods too. However, with the sweet cinnamon aroma wafting out to the streets from 5am onward every morning the produce soon began to capture the attention of all the local residents. 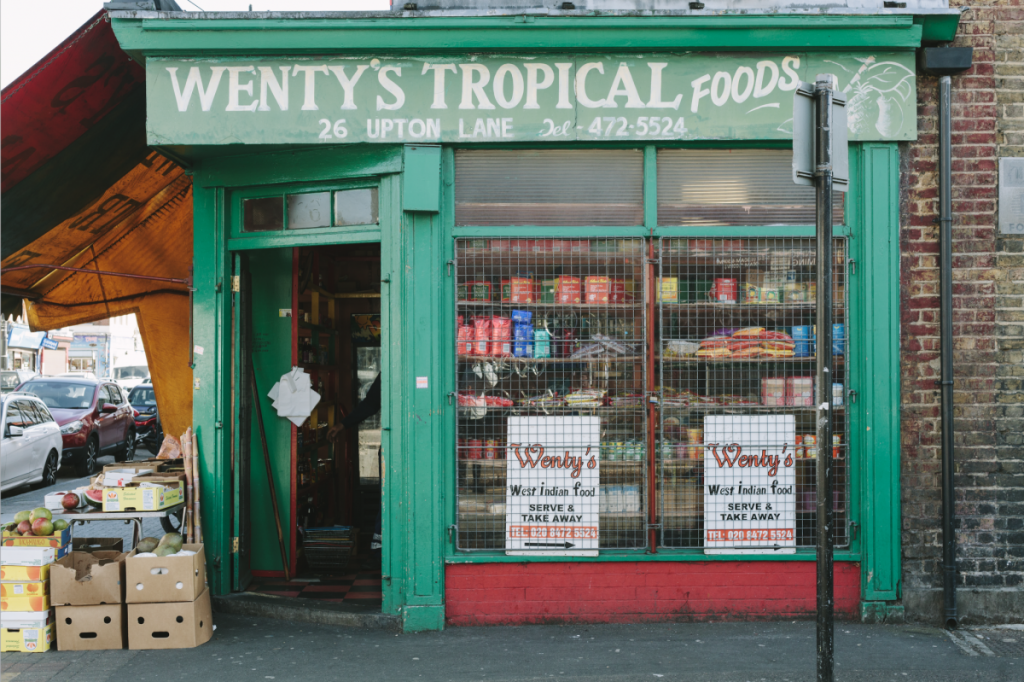 A corner store in East London that for over twenty years have served as a community centre of sorts for the locals. Opened by Jamaican, Mr. Wentworth. As major supermarkets lagged behind in supplying food for ethnic communities in places like east London or had them relegated to the rear of the shop in “Rest of the World sections,” their prominence at Wenty’s led him to be held in high esteem. “There are the brands that people are familiar with from back home – that’s why they always come back here,” adds Wenty. 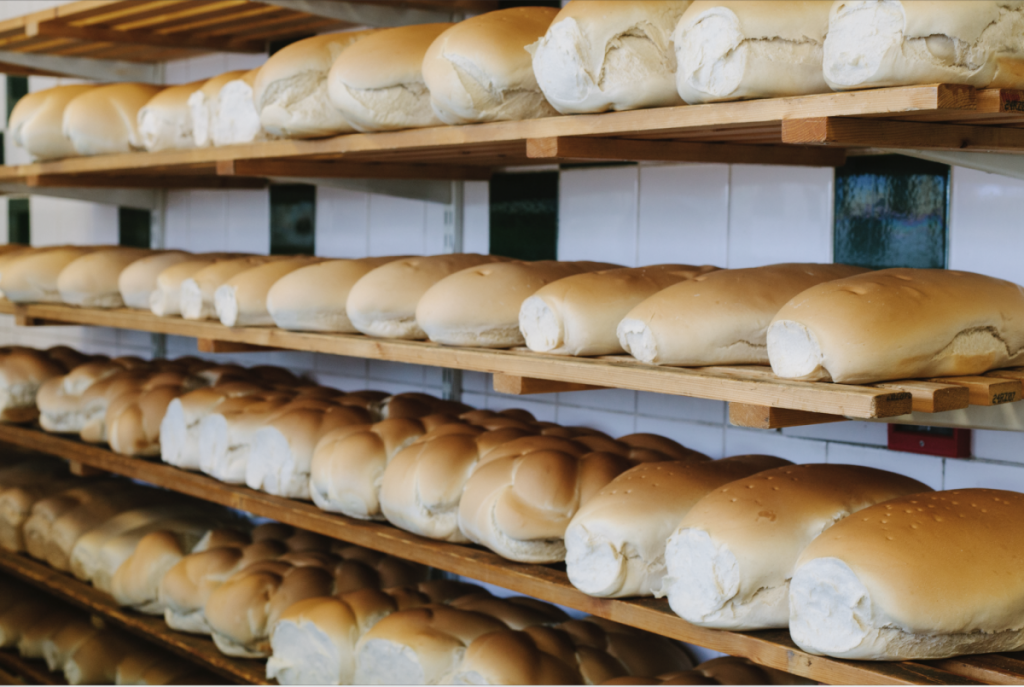 A popular Bakery in South London. Opened by Jamaican Mr. Lenny. Lenny’s attention to detail and love from repetition in food may have been well suited to a fully-fledged restaurant but he laughs off the notion suggestion, “Nah! Restaurants are too much stress man! I prefer baking!” With this, the shop’s minimal but effective approach to producing an overwhelming amount of baked goods like spice bun, “hardo” bread and even a maximum of 1,500 patties a day has needed little alteration for over twenty years 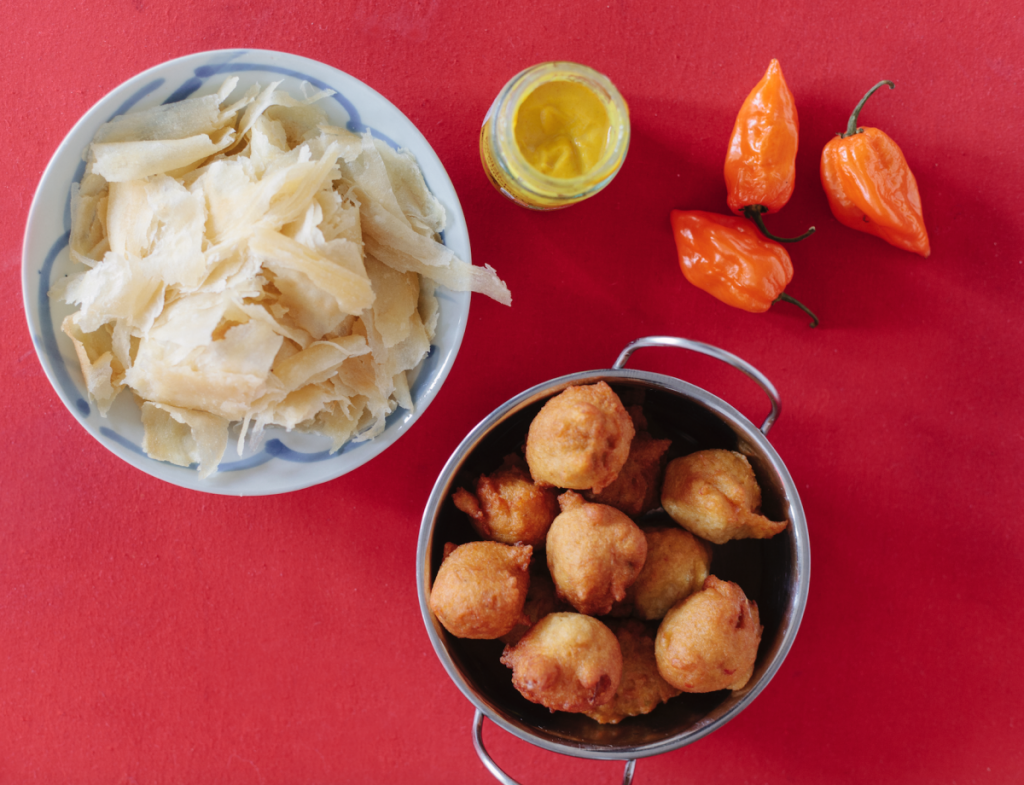 Founded over twenty years ago by the Hosein family, the bakery gained popularity when the Ladies of Hanwell in West London started to produce roti at high volume for those who had started to miss their home island speciality. The origins of Horizon Bakery, now the UKs largest producer of its principal produce the Trinidadian style roti, was born out of the desire of one family to fill this.

Director, Sheldon jests, “Back in the days when our English mates would come over they’d always end up licking the plates dry,” and with this he always had a wider vision that “Trini” (short term for Trinidad & Tobago island natives) food, especially the humble Roti could be a hit on the British Isles. 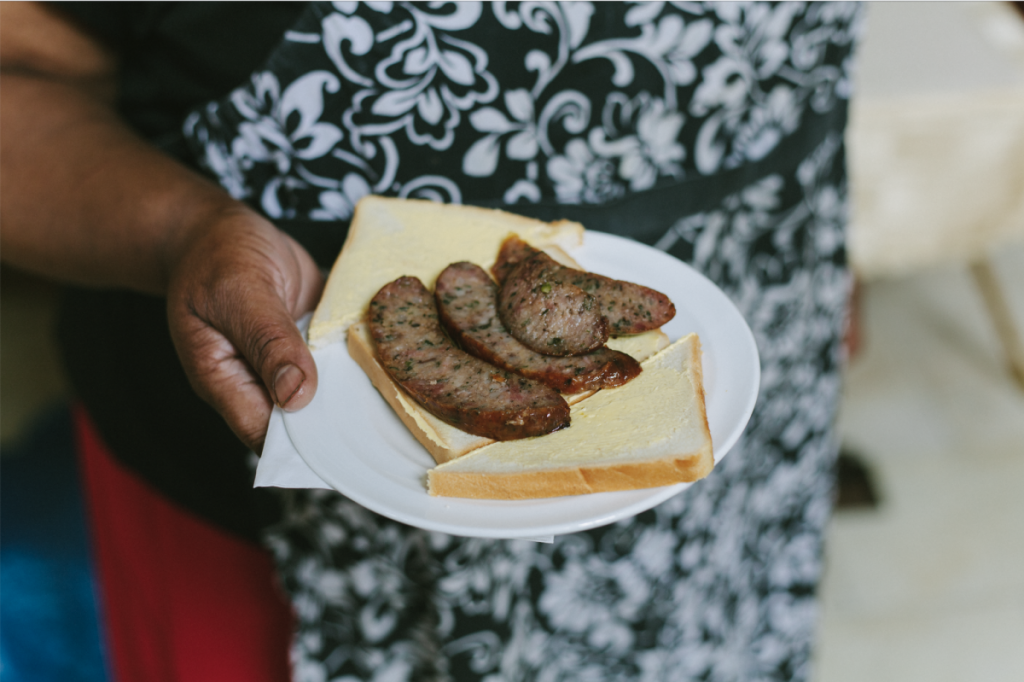 Owned by husband and wife team Angela & Alph in small city Coventry near Birmingham. Angela told us “Our aim is to provide authentic Caribbean cuisine but with the odd twist.” Hence, the ackee & saltfish plated with Yorkshire puddings. As Coventry has less of a Caribbean descending population than the nearby likes of Wolverhampton and Birmingham, Angela finds “If we pair old English classics with our Caribbean classics it’s a good way to introduce people to lesser known elements such as mutton and oxtail.  Once they are in, they will always look to try something else new.

These stories are excerpts from a new Book – Belly Full: Caribbean food in the UK over the years – Available on Kickstarter now – ends 15th November