Have you ever read a recipe and thought what is that?? Here is where you’ll find descriptions of all the unfamiliar foods, cooking styles, utensils etc that are referenced in BlackFoodie’s recipes and guides. With each recipe we will add more definitions-check back for regular updates!

Berebere : is the quintessential spice for Ethiopian/ Eritrean cooking it is used for almost everything! This blend of chilli peppers, ginger, and a number of other spices can be used to bring out the flavour in almost any dish- Ethiopian or not!  **Tip:  Try sprinkling it on eggs or creating a simple hot sauce (awaze) with it 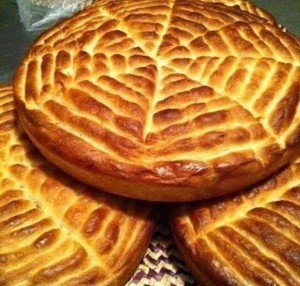 Dabo: Ethiopian style bread, that perfectly accompanies the other Habesha brunch essentials perfectly. Depending on which region of East Africa, the name and flavour slightly changes. Eritreans call it himbasha and sweeten the bread up. It is sometimes made with unique patterns on the surface. It may also have raisins or other sweet dried fruit added to it.

Ful:  Usually made with fava beans, it is a dish consisting of stewed beans topped with vegetables, eggs, olive oil or several other toppings depending on the region. It is common in Middle East and Horn of Africa.

Shahee : Ethiopian style tea is a treat that everyone should try. In order to achieve the delicious spiced tea- add Kemem which is code for cardamom, cinnamon and cloves.

* Tip: Forget oreos and milk, dunking Himbasha into the spiced tea is delicious!

Scotch Bonnet Pepper: Similar to a habenero pepper, it is used commonly through out Caribbean and West African cuisine. It has a slightly sweet flavour but is super hot so be careful!

Shado Beni (Chandon Beni): common in Caribbean cooking, it is very similar to cilantro with a stronger flavor.

I am the founder of BlackFoodie. I can't live without hot sauce, berbere or my passport! Bland food is my worst enemy! I love exploring culture through food and am on a mission to expose the world to the amazing flavor and cuisine that comes from the African diaspora. I want to see Black businesses flourish and aim to support them with every bite I take :)

As part of the new Black Foodie web series, we’ll be featuring #BlackFoodie moments that capture the essence of what it means to be…