BLACK IN THE KITCHEN is a new series of exposés by Black Foodie dedicated to exploring the gritty reality of Black Chefs in the culinary industry. Each article will center on the reflections of a different chef, their struggles, as well as their success.

What inspired you to begin cooking?

I grew up amongst home cooks. Not only did my mother and father cook but a lot of my childhood friends parents cooked at home. Of course traveling early on was an influence too.
Your father had a food product of his own when you were growing up, can you tell us a bit about that and how it influenced you as a chef?
When i was younger, my father had his own sausage called ‘Tasty’s’  beef sausage and an all beef hot link. My father did a lot of demos and I have memories of him with his white chef coat and chef hat (touque), electric griddle and his sign selling in the Central District in Seattle. What was a huge inspiration is the fact that he had a red black and green label with his face on it! Locally produced and sold in Seattle, good times then.

Pops fed the people now the torch has been passed. February 1982 first demo at the promenade of his all beef hot link and breakfast sausage at the promenade. #blackchefs #LikeFatherLikeSon #blavity #feedthepeople #centraldistrict #TastysBeefSausage

What have you noticed as a Black Chef in the industry? Particularly as a Black chef in Seattle?
From the early days to now, we have a larger presence in the food scene here. A lot of caterers and a few brick and mortars. I feel more will begin to pop up with so much access to information, and how food can represented, there is room for all of us. With the emergence of Eduardo Jordan with both Salare and Junebaby, it’s an additional driving force for more black chefs to come up.
What’s your favourite item to cook?
My favorite thing to cook is lamb and vegetables second. Lamb was such a presence in our house because of the muslim community we were around as kids.
As a DJ and Chef, what’s your favourite song to cook to?
Favorite songs to cook to depends on the the mood i’m in, the menu I’m creating, etc. Right now, though, I’m listening to the new Phonte, Dave East, Georgia Anne, Future Shock, and others.
You recently released a special chocolate with Seattle Chocolates, what inspired the partnership?
So, recently I released a chocolate bar in collaboration with Jcoco and my friend Briaan Barron that handles branding and marketing for them. We spoke about creating a culinary inspired bar. It’s been an honor to be chosen on such a new and cool project! 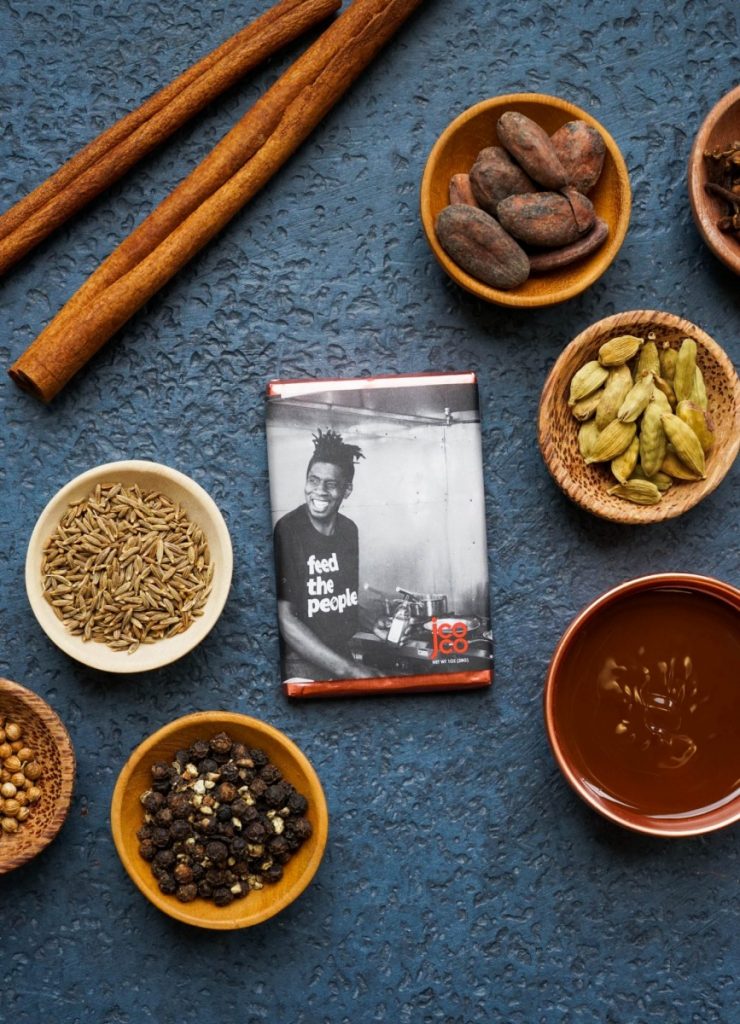 How did you come up with the unique flavours for this? Did your heritage influence your choice?
Coming up with the flavor was a challenge for sure because there are so many choices. So I spent a few weeks thinking of what would be unique in flavor based on the chocolate, the type of finish, my influences based on my upbringing and the the love for North African ingredients and spices. I’m a huge fan of spices, so why not showcase them in a way that some folks haven’t tried?
What advice do you have for young Black chefs coming into the business?
My advice for young chefs is to work hard, constantly push yourself to be a better cook. I still do. This field of work is not just about being a superstar, it’s about working hard and giving back what you have, which could lead you to bigger opportunities such as this one. I’ve been cooking over 25 years and I love what I do. Put out good love and good love will come back.

Where can our readers find you?
For readers to find me they can goto, IG: tarik.abdullah, cheftarik.com, IG: Midnight Mecca, FB: A DJ and A Cook. They can buy the Boharat bar onjcocochocolate.com.

I am the founder of BlackFoodie. I can't live without hot sauce, berbere or my passport! Bland food is my worst enemy! I love exploring culture through food and am on a mission to expose the world to the amazing flavor and cuisine that comes from the African diaspora. I want to see Black businesses flourish and aim to support them with every bite I take :)