I’m not exactly a huge fan of squash. In fact, I will rarely ever eat squash voluntarily. However, one of the rare instances in which I will literally devour a heaping plate of squash is when it is in waffle form.

One day I was looking through my kitchen and found a butternut squash. I peeled, chopped, and popped the squash in the oven for a good 40 minutes.

I also had some leftover pear so I decided to make a topping out of it for the waffle using walnuts and granola.

Believe me when I say these waffles tasted NOTHING like squash. Read on to find out how to make this delicious breakfast treat.

For the pear topping

For the pear topping: 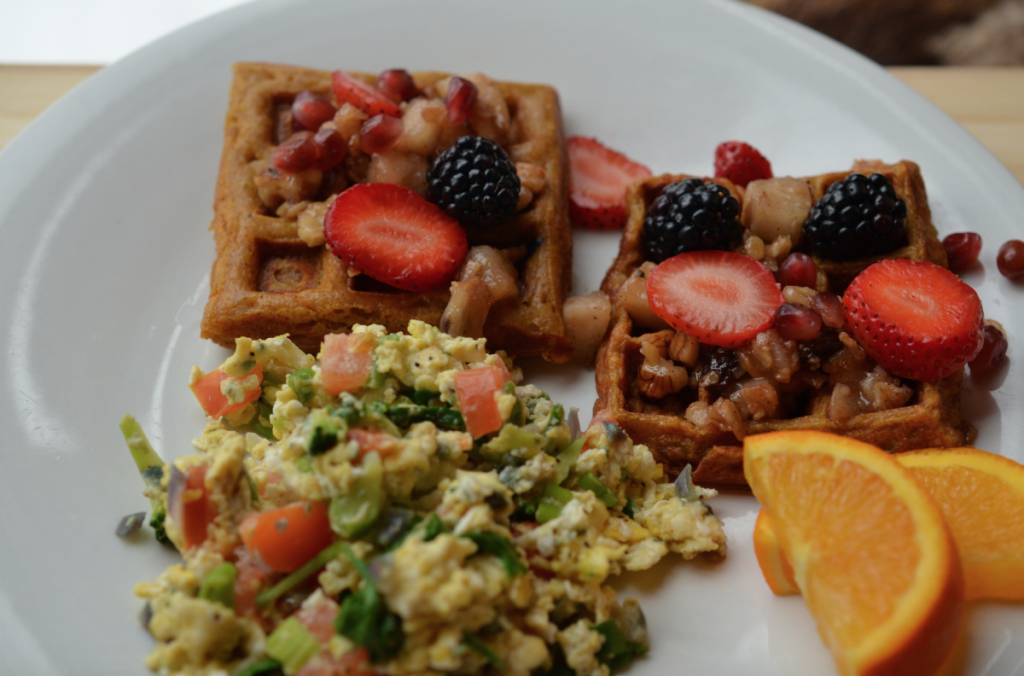 Celeste is a Toronto-native health fanatic and an avid food-lover. She is currently a culinary student at George Brown College. When she’s not reading nutrition labels, you can find her experimenting in the kitchen with seemingly incompatible ingredients. Celeste is the Co-Founder of Sacraspice Community Services, a charity that helps make nutritious eating possible for low-income families living in Toronto.