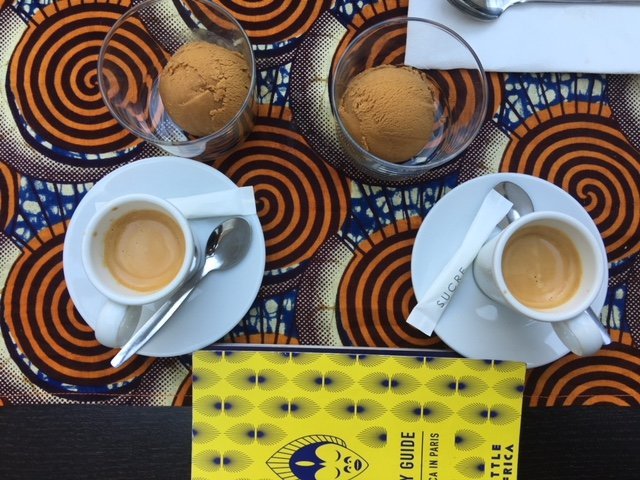 My first visit to Paris was during an 8 hour layover flight from Ibiza back to the States. I was traveling with my #girlsquad, and we decided to take advantage of the short time and explore as much as we could. We found a storage locker to hold our bags and jolted straight to the Eiffel Tower. It was a rainy, dreary day and I was a little disappointed that the sun was not shining and lively. We stopped for an espresso break and I grabbed a pastry. Once, I took a bite of my almond croissant, something in me changed and that’s when I instantly fell in love with Paris. Our 8 hours melted away very quickly. After our short stint in the city, we hailed a cab and headed for the airport.

As we cruised out the city, we drove down a street Boulevard Barbes—were the street was lined with black and brown people. This area we passed was Goutte d’Or, also known as “Little Africa”; and it’s is located in the 18th Arrondissement (district) of Paris. This is definitely a neighborhood that every black foodie should visit. I was shocked to see these people because I had no idea a thriving neighborhood of black and brown people existed in Paris. My friend described this street as the 125th Street in New York in Paris. 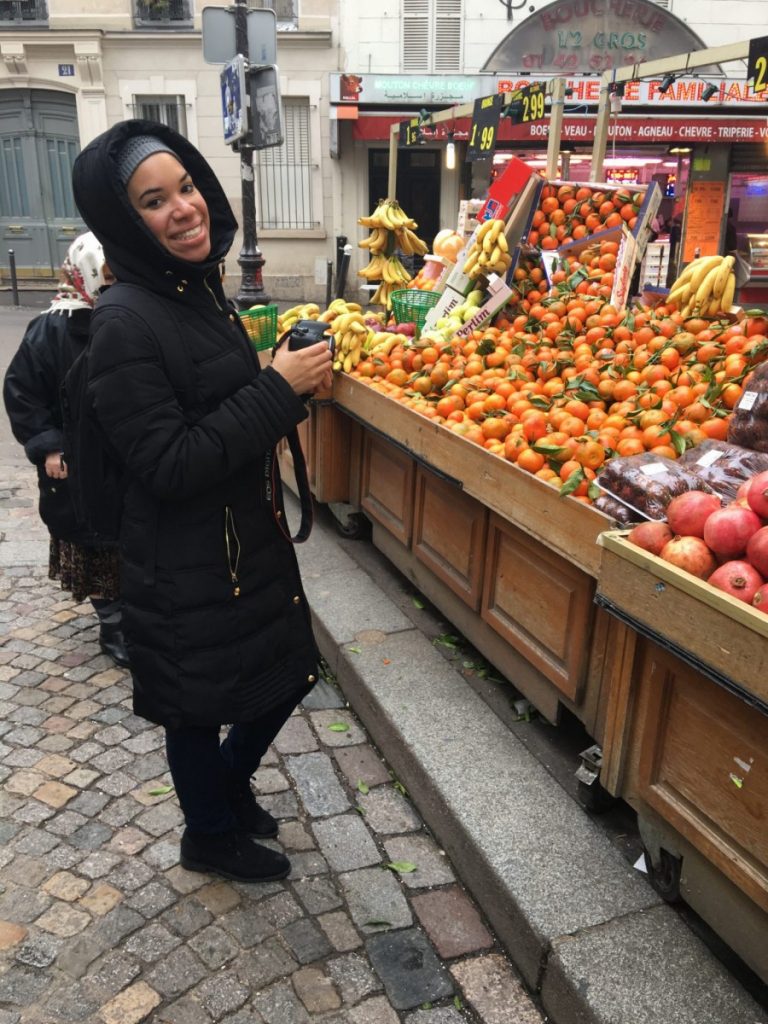 On my second trip to Paris, I decided to take a closer glance at this neighborhood and its cultural significance of black people in Paris. Via social media, I met a young entrepreneur, Jacqueline Ngo Mpii, that created, Little Africa City Guide, a pocket-sized book that walks you through the city of Paris with the emphasis of African cultural lens. In the the travel guide you will discover how to get around Paris, what museums to visit, where to shop, and what to eat within the African context. In the guide you will find the recommendation to visit a restaurant called  O Petit Club African, were the chef serves legitimate dishes West African with little outside influence. 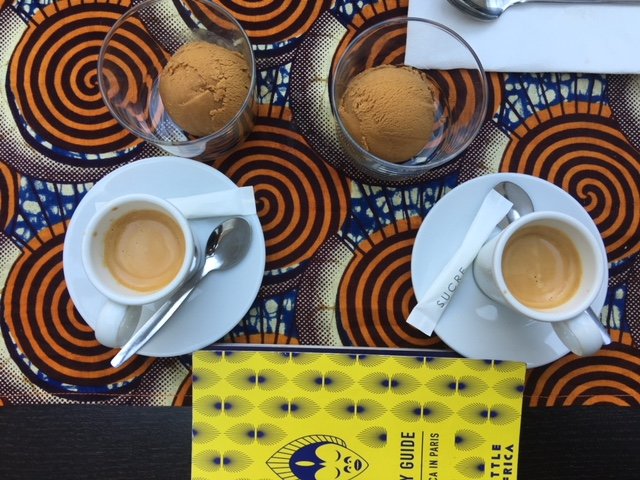 My sister was visiting me at the time, so we hopped on a train to a city just outside of Paris called Puteaux. There I met Senegalese restaurant owner and chef Raoul Coly. He explained that it was his mission to present food that reminded him of his upbringing without making many changes to the recipes. On his menu you will find poulet yassa (braise chicken in an onion stew), maffe (groundnut stew typically served with beef and rice), and thieboudienne (Senegalese fish and broken rice dish). And he also feature a glass of chilled scarlet red bissap, a tea made from the hibiscus flower. Bissap is also referred to as sorrel in many Caribbean countries.

After having a great experience at the O Petit Club African restaurant, I knew I had to meet the creator of the guide. I had the opportunity of hangout with Jacqueline for a day in “Little Africa”. I got off at the Château Rouge metro station and the busy streets reminded me of Harlem. The area was bustling with vendors on the sidewalks and people hurrying past. There was even a hair salon and barber shop rightfully named Obama Fashion Hair: Salon de Beaute Afro. 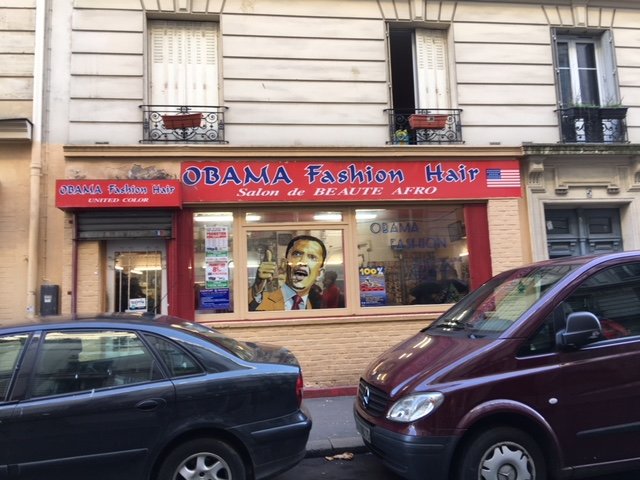 We walked to clothing store called called Château Rouge Maison Boutique where you can find the House Château Rouge collection. The modern chic line produces electric prints and vibrant colored clothing that is a true reflection of African ingenuity. I really loved their sailor caps. The sporty caps were a remix of the functional hats the African fisherman wear at sea styled with upbeat colors and patterns. 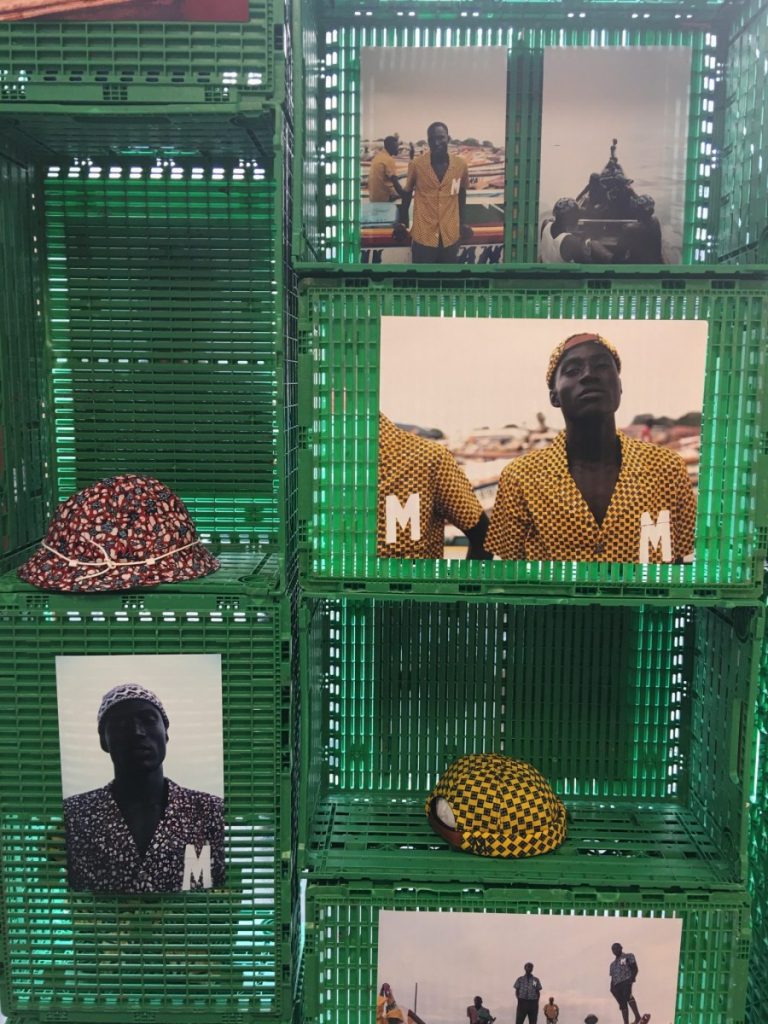 Next, we stopped for a bite to eat at Koyaka Kitchen, where I had attiéké for the first time. Attiéké is dish from Côte d’Ivoire that is made from fermented cassava pulp. It had a grainy texture that reminded my of cooked quinoa. The attiéké was served with fried fish and we crushed a bullion cube over the whole dish for an extra punch of flavor. This dish felt like something familiar even though I had not had it before. We chatted like girls from back in the day, and of course, Beyonce came up because at the time, she had just announced her pregnancy with twins.

The rest of the day we walked through the famous Château Rouge market were shoppers could find tropical fruits and vegetables, spices, poultry, seafood, and meats. The all-in-one market even carried dried hibiscus, A.K.A sorrel, for a blog post on Senegalese bissap that I was working on. After finding the availability of many ingredients that I cook with, I was convinced that I could live in Paris and not feel disconnected from Black culture. We ended the day over a cup of tea at a North African tea house and I thanked Jacqueline for her kindness. I often have flashbacks of my time in Paris, and I know that one day I will call it home. 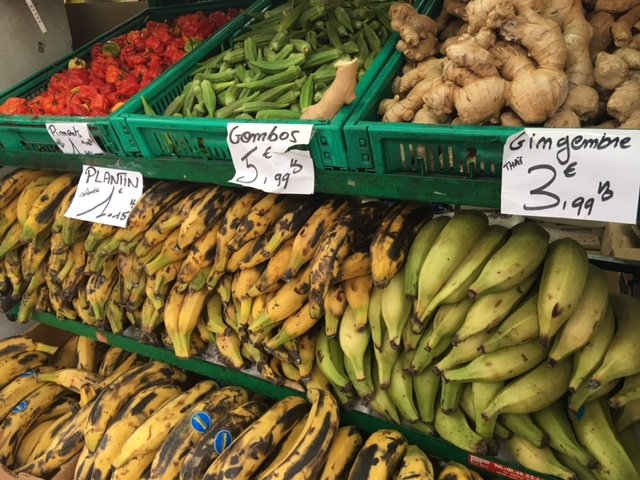 For more information on my Paris adventures, watch this short film I created about African chefs in Paris!