From Pro Athlete to Chef to the Stars: Chef Tobias Dorzon’s journey 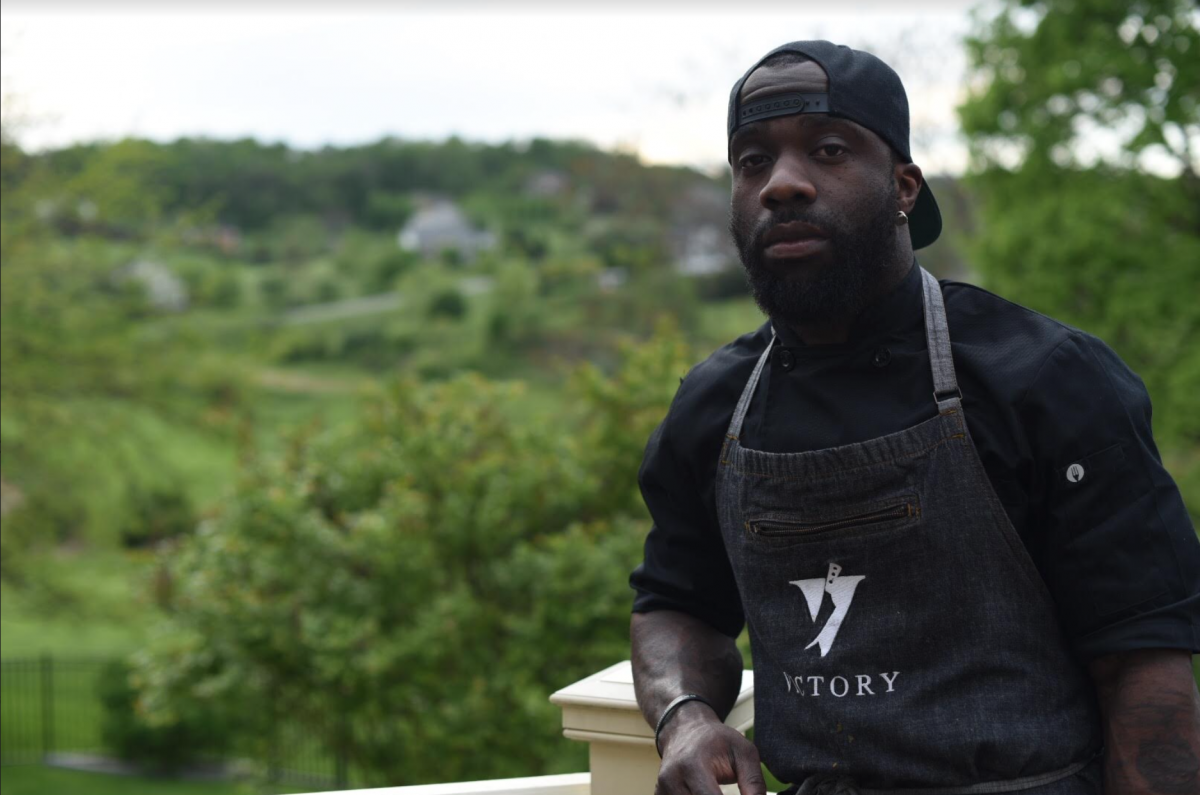 Chef Tobias Dorzon, 32, is a celebrity chef and founder of Victory Private Chef Co., a catering and specialized meal plan business based in the Nation’s Capital. Born and raised in the Washington, D.C. metropolitan area, Chef Tobias grew up watching his Liberian father and chef in the kitchen, but opted to pursue football and attended Jackson State University on a full athletic scholarship.

After 3 years in the NFL and CFL, and studying at the Art Institute of Washington and abroad in Brazil, Chef Tobias began apprenticing at local restaurants. His career trajectory shifted, however, when retired Pro Bowler and Washington Redskin Santana Moss saw his Instagram photos and invited him to feed his family and friends.  Chef Tobias has been unofficially named the “chef of DC athletes” and with 30K Instagram followers (which includes Hollywood elite, pro athletes, etc.) has quickly become a celebrity in his own right.

Chef’s hectic schedule includes preparing meals for his local athlete clients during part of the week and traveling to out of state clients on the weekends. When he isn’t cooking, he’s preparing and serving his food to the homeless, speaking to youth groups and, most importantly, spending time with his 2 beautiful daughters.

1. How did you make the shift from athlete to pro chef?

During my last two seasons playing, I attended the Art Institute of Washington during the off season.  When I finally finished my time on the field, I went ahead and finished culinary school. It was a tough transition, money wise, but I always kept the faith knowing that something would come from it. I completed different internships and worked in restaurants to learn the ropes from every viewpoint, which paid off.

2. In what ways are these careers- similar/ different?

They’re very different of course, but definitely have their similarities.  Being in a restaurant is a team sport, just like when you’re on the field.  In both cooking and in football, you have to have some type of confidence and arrogance to be able to be success.

3.  Your father was a Liberian chef, how did that affect your decision to pursue a career in the culinary world?

Him being a chef put me around food from as early as I can remember.  Coming up, I always thought I’d own a restaurant, but didn’t think the culinary track would to such an exciting career experience.  Football ended, which made me have to decide my next move a little sooner that originally planned.

Once I really got started, I found that I really liked it and felt that I could turn into something great.

4. What are some of your favorite dishes to prepare? Have your travels influenced your style?

I’m big on surf and turf, Wagyu steaks and Nigerian tiger prawns. Truffles are one of my favorite things to work with.

My travels definitely influenced my cooking! Six months in New Orleans studying under Emeril played a big role. My parents, of course, being foreign also helped.  I can go back to the things I’ve learned and my travels to pull out things – like spices, cooking techniques, etc. – that add new twists to common dishes.  It’s always good to have different aspects to add to basic American cuisine.

5. Who was the most interesting person you’ve cooked for?

Honestly, every client brings out something different in me.  It’s a challenge because every one wants something different so I have to tailor each dish differently to the client.  For example, my Redskin players have to stick to a certain meal plan during the season, but while each dish may be technically the same, they all have their own nuances that need to be taken into account.  Some like spicy food, some don’t want it as spicy as it’s traditionally made.

Every day is something different.

6. What advice would you give other young chef hopefuls?

Don’t think that cooking for the big name is the end result.  A lot of chefs that contact me now saying they want to be private chefs, but they have to understand that it’s not that easy. I did my time in restaurants, which were very high paced and high volume. Because of those experiences, I know how to execute and cater big events, from staffing to timing to menu creation to the business aspects.

I know that my career progression is a little unconventional… my dad told me that things usually don’t work out for others how they’ve worked out for me. He did 16 years in the culinary industry before making six figures. But I also have a deep respect for that hustle and struggle, and believe that everyone has to pay their dues.  It’s not an instant reward. It’s a constant grind to get where you want to be, but you also have to have faith that God will put you where you need to be.

What else would you like our audience to know?

I don’t want them to ever sit and think that what they see on social media is me.  A lot of people meet me in person thinking I’m going to be cocky or arrogant, but are surprised when they see that I”m a nice guy.

I’m just very passionate about my craft and I want future chefs to also be this passionate. I really love what I do and that often comes through on my Instagram or Snapchat feeds. Its not that I’m an arrogant prick, I just love this!

Special Thanks to Patrice Cameau for the introduction