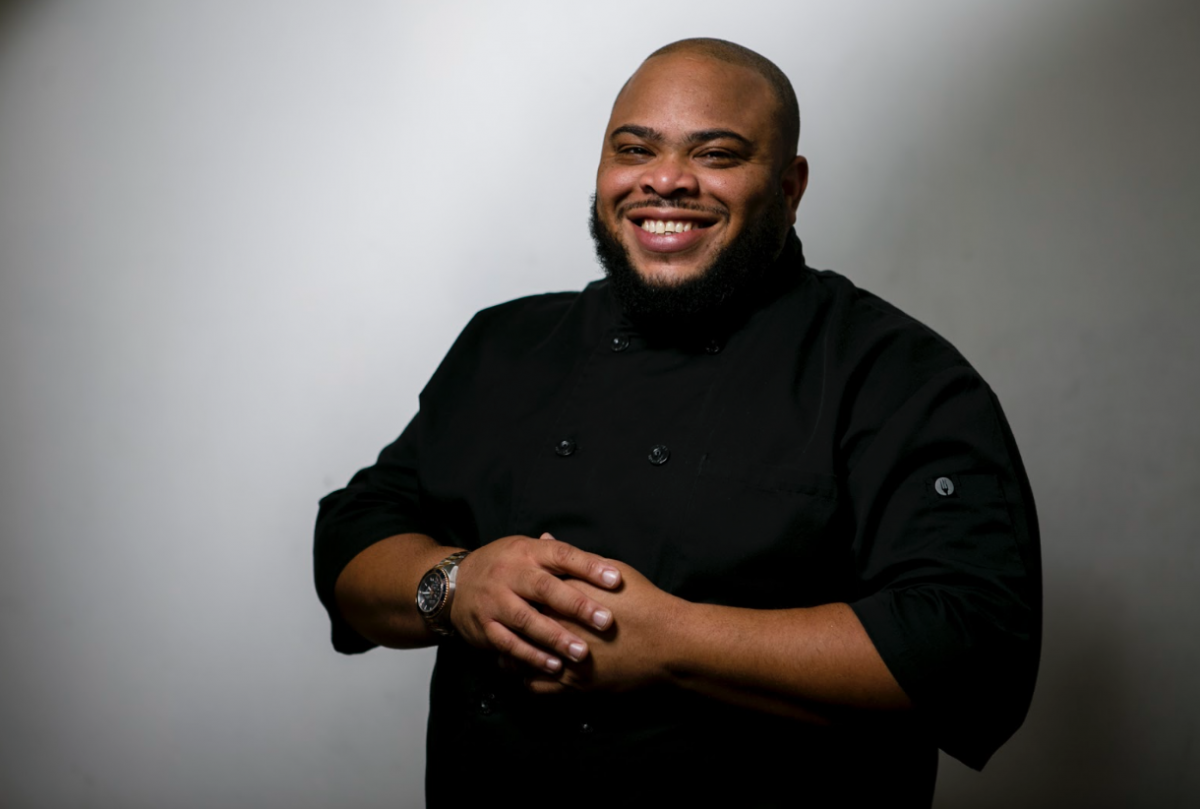 Chef Alan Lemaire is someone I have been following for a couple of years now and his success in the culinary industry makes my heart skip a beat. Haitian cuisine, outside of Haiti, is typically presented under the very wide umbrella of Caribbean food. Granted, there are several similarities between Caribbean countries in terms of spices and flavors, however, the culinary style varies with each country. For this reason, I always appreciate when Haitian chefs or chefs of Haitian descent showcase the uniqueness of Haitian food. Chef Lemaire is one of those chefs. He is not only bringing attention to Haitian cuisine, but is also working towards making it to more mainstream. Chef Lemaire took the time to answers a few of my questions on his journey to becoming the great chef is he is today. Make sure to check out his website and Instagram page.

I hope you enjoy the interview below!

Tell us how you first began building your brand. How did you start your career?

I always wanted to stand out and be recognized for my work. But I really didn’t start looking into it until 2012 when I decided to focus on myself and my own business. As far as my professional career, it started back in 2003 during my culinary college years in Miami. I worked with caterers and at hotels and restaurants in order to gain extra experience before graduation.

Do you recall the first dish you cooked?

Yes, I totally do and that was when I was around 12. It was bulgur wheat with stewed chicken. I really loved bulgur wheat back in the days and still, do. Plus, it was not difficult to do.

What is your main specialty?

I don’t specialize in a cuisine per se but my style of food is Modern Caribbean Cuisine. I enjoy taking classic and traditional dishes and elevating them into fine dining pieces.

Where do you get your inspiration from? Who inspired you in the culinary world?

My inspiration comes from food mostly. I simply love food and the pure form of the art on its own. I really didn’t have anyone to look up to when I was growing up, thus no one to really inspire me on a professional level. But I would say that my mom and grandma were always the ones I went to when it came to good food and cooking methods.

What type of cuisine inspires you besides Haitian cuisine?

I love Italian and Korean food A LOT. Italian because of the freshness and simplicity of the food. Korean because of the way they mix the flavors and spices and how even when you least expect the combination to work, it does.

I know you focus on Haitian cuisine but do you incorporate other cuisines in your cooking?

I actually focus on fusion and elevating Haitian cuisine. But, yes I totally do focus on other cuisines as well. I do not limit myself to one specific cuisine especially since our clientele is so diverse.

What is the biggest challenge you had to face in the culinary world?

I would have to say competing on Cutthroat Kitchen. Most people think that these shows are gimmicks and staged. But it is the total opposite. I cannot give too much details about the process but I can tell you about the experience and how I felt during the competition. As you see on TV, the time allotted is real: 60 seconds to shop and 30 minutes to cook. Not that it is impossible to work under these circumstances but knowing that you are competing, that over millions of people will be watching, and also you are trying not to be the first one cut are added pressure. I am consistently told: “You didn’t really have to cook in those things right?!” Well, we actually do because all sabotages are tested in advance to make sure that the contestants can actually use them.

In the Haitian community, certain careers are considered taboo. Haitian parents usually want their kids to become doctors, engineers or lawyers. Although this is fading today, did you face any issues with your family when you decided to be a chef?

I can totally relate to this because I had to face it myself. When I first decided to pursue my education in culinary arts, everyone was a little skeptical- especially my family. My parents were not too thrilled because, who can blame them really, it wasn’t a real career in Haiti 15 to 20 years ago. They advised me to go for Hospitality Management first, then if I still had the desire I could pursue the culinary arts. It was a big issue that I personally had to deal with. And the discouragement was coming even from friends, as I can vividly remember that folks used to tell me to come to their homes and learn how to cook rather than go to culinary school. The thing is that by the time I wanted to pursue my education in that field, I already had taught myself how to cook at least the basics: no one held my hands and guided me step by step as to what and how I was supposed to do things. I learned pretty much by watching from afar and stocking them in my memory bank. Today I’m glad that things have changed and we’re moving in the right direction: more and more parents are open to the notion that their kids want to become chefs.  Kids are becoming more and more interested in the field since they have examples and models around them. I even get stopped at the supermarket or anywhere by both kids and parents to tell me that I have inspired them and they want to become a chef just like me.

You are a board member of the Haitian Culinary Alliance (HCA). What made you join the organization?

I am a founding member of the organization but, as of October of last year, I had to walk away from my leadership role because of the load of work I have to handle. Nevertheless, the organization’s goal is pretty noble,  we wanted to make sure that chefs of Haitian descents had a representation and a group to go to when they needed support and/or advice.