How a trip back home led to a new coffee business 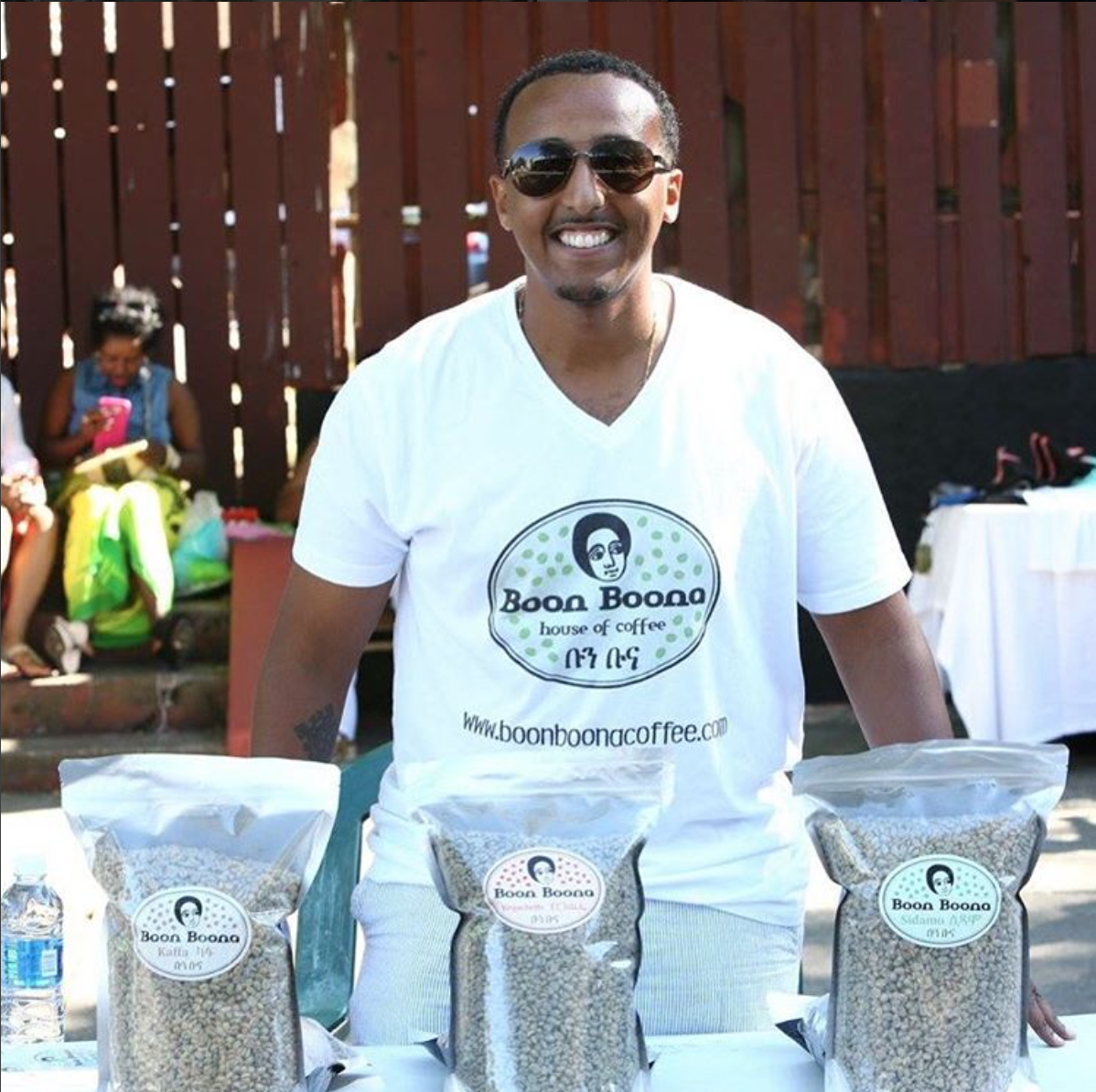 Eritrean American entrepreneur Efrem’s cultural coffee traditions led to a business journey that puts the power back into small coffee growers hands. Learn how he turned a gap in the market into an interesting business opportunity.

Tell us a little bit about yourself.

I am of Eritrean descent, born in Saudi Arabia, raised in Seattle, attended Washington State University for undergrad, and have spent the last +10 years working Corporate Finance for Nordstrom and Amazon. I made my entrepreneurial leap 9 months ago and launched Boon BoonaCoffee in Seattle.

What inspired you to star Boon Boona Coffee?

I grew up in a household where coffee was being roasted/brewed on a daily basis (sometimes multiple times a day) through the traditional East African approach. The first time I had coffee was freshman year of college trying to cram for a test, it didn’t help, I fell asleep while taking the test. I continued to drink coffee from time to time but it was with a trip to Asmara, Eritrea in 2011 that sealed the deal. I visited a coffee shop called Trestelle in downtown Asmara, that would roast coffee in the morning and turnaround and serve those freshly roasted beans into espresso drinks throughout the day, it was one of the best coffee experiences I ever had. I decided then, Seattle could use something like this and I would open up a coffee shop once back. Upon returning to Seattle I feverishly worked on my business plan and experimented heavily with coffee. During this experimental stage I purchased most of my coffee from East African shops but the shop owners rarely knew the origin, grade, or flavor notes of their coffee. I loved supporting the East African shops but I was tired of the mystery bag of coffee, and most shops were really interested in beating their competitors on price and not quality. The frustration led to an opportunity, I decided then, I will source quality coffee from the birthplace of coffee, East Africa.

Two things – East African nations have been short changed when it comes to coffee development, for example well established coffee farms are hard to come by in Ethiopia, versus the development one sees in Columbia or Indonesia. Boon BoonaCoffee wants to make a positive impact by establishing and nurturing relationships with farmers to produce sustainable coffee beans.

Second, we taste hundreds of coffees before we decide which to bring to our consumers, it is important that the coffee we choose to feature is nothing less than delicious. We have professional coffee graders, and a team of local coffee roasters who taste for approval. We look to be the experts on all things East African coffee related.

With the unroasted coffee beans, you’ve been advertising and marketing heavily to the East African community? How has this experience been?

Challenging. The East African community has not translated many of their delicious food, beautiful garments into household brands that a consumer can repeatedly know and trust. However, we are finding people do want quality, and a dollar more to have organic, fair trade, pure cotton, hand made etc is a dollar worth spending. We believe if we can offer transparency and quality then coffee drinkers will give Boon BoonaCoffee a try.

What’s been the biggest challenge yet?

The leap into the water, once you’re in it’s sink or swim, but that leap in the water is always the toughest.

What should everyone know about Ethiopian coffee?

Ethiopia is the birth place of coffee, the word coffee is derived from a village called Kaffa, in Ethiopia. Ethiopia has over 2-3,000 varieties of coffee, most have not been identified! Whatever you see in South America, Asia, or anywhere else on Earth originated from Ethiopia.

There is a cute story about how coffee was found, the story goes like this – A young Ethiopian goat herder named Kaldi was out in the forest looking for food for his goats, and as he rested his goats got into a coffee tree, the Kaldi woke to see the goats jumping and excited. Kaldi took some of the coffee cherries (beans) to the elders in his village who in-turn took it to the local monastery. Monasteries during this period were held in high regard from a scholastic and spiritual perspective. The monks did not know what it was, and thought them useless so they threw the bean into a fire. As the beans cooked in the fire a beautiful fragrance rose, so the monks took the beans out of the fire and began to chew on them. After consuming the beans they began to find their hearts racing and more awake. The monks began to seek out these beans as they became useful to them for their night-long prayers and chants. Slowly the cooked coffee beans were mixed with water and coffee beverages were born.

1. Plan it out, have set measurable goals. 2. Be relentless working to achieve your goal. 3. Make a positive impact that benefits others as well as yourself. Lastly, I would like to share some words that come from Maya Angelou, “You can only be truly accomplished at something you love. Don’t make money your goal. Instead pursue the things you love doing and then do them so well that people can’t take their eyes off of you.”

Where is Boon Boona Coffee heading?

We are getting ready to introduce some new coffees from Kenya, and another that comes from an all-women co-op in Rwanda. We are also getting ready to roast our own coffee, it’s really exciting.