My folks don’t stuff their Turkeys; the difference between stuffing and dressing! 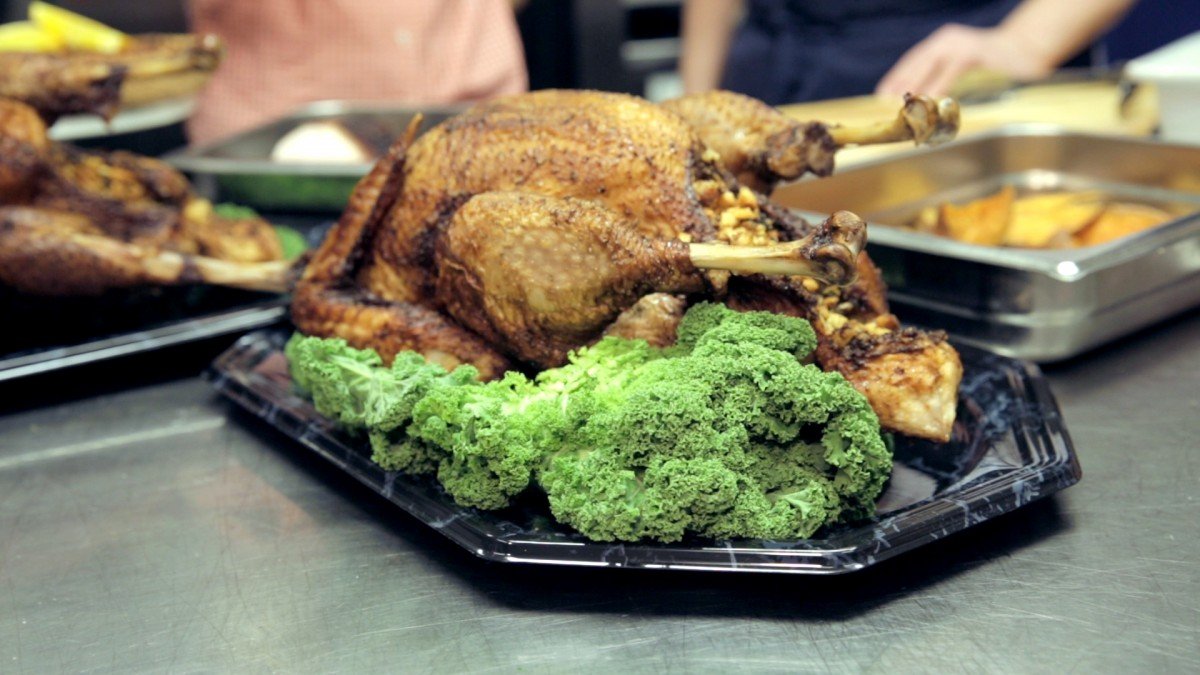 Not long ago, I was presenting a cooking video for a client about Thanksgiving and said client really wanted the bird to be gloriously stuffed, like in the movies. I looked back blank. An ‘error’ code ran across my mind, and I hesitated. Why was this? It was not because of any hyped health hazards of bacteria. It wasn’t for the sake of cooking science. It wasn’t even for the sake of pan drippings since this shoot did not necessitate gravy. It was pure aesthetics, so why did I hesitate?

A few months later I found myself in the midst of writing my digital cookbook Soul Food Thanksgiving, and not only was I once again faced with this ‘stuffed’ turkey confrontation, but also was faced with the inevitable linguistic hurdle: Is stuffing and dressing the same thing, formally? If you are a food nerd like myself, you welcome and revel in researching these nuances. So, I got side-tracked from my diligent recipe writing and sank into Google oblivion to be sure.

So, is there actually a difference?

Sure, a simple qualifier would be to say that if it’s cooked inside the turkey, then it’s stuffing; and if it’s baked on its own, then the proper name for it is dressing. But having lived all over the U.S (and now abroad) I’ve heard these names used interchangeably and it seems that The National Turkey Federation (yes, that is a thing) thinks that it is indeed two words for the same thing, despite preparation.

Be that as it may, that didn’t help me to confront the reason why I was not only avoiding the ‘act’ of stuffing a bird, but also negotiated around its use in my book. Through further searching, I found many sources that claimed that in the South, the term ‘dressing’ is preferred over stuffing. Not only that, I didn’t find much reference to stuffing a turkey at all within the ‘soul food inclined’ interwebs … so do folks traditionally not stuff their Thanksgiving turkey?

I can say that growing up we NEVER stuffed out turkey, and today my high regard for gravy won’t allow me to tolerate chunks of bread soaking all my glorious turkey juices like a thief. Naw, not happening in my kitchen, and it seems to be the general consensus when I ask my fellow culinary enthusiast and soul food connoisseurs.

So what is my usual protocol?

For the turkey, I prefer to go the aromatic route, and stuff the turkey with veggies like carrots and onions along with any fresh herbs sprigs leftover from making the dressing, plus my beloved rosemary. And don’t forget about these glorious thangs when you get ready to collect the pan juices for your gravy! Smash them into the pan juices before you pour it off… yes, yes, yes: flavor upon flavor. I take gravy VERY seriously, as anyone who knows me is well aware.

And for the dressing, more specifically, cornbread dressing, I like to add bell pepper because I grew up often eating dishes made with the ‘Holy Trinity’ of onions, celery and bell pepper: Louisiana style. Some people like to use ‘poultry seasoning’ which is just a mix of herbs you likely already have in your cabinet. Just spice it yourself with some sage plus whatever else you want to throw in there.

Or better yet, download a copy of the Soul Food Thanksgiving cookbook and find out exactly how I throw down for Thanksgiving, using whole food, big flavor, and a little humor.  10% of profits will be donated to The Hunger Project as we give thanks over this holiday.