No Cake on My Birthday: How a Racist Experience Changed the Way I Look at Food Forever. 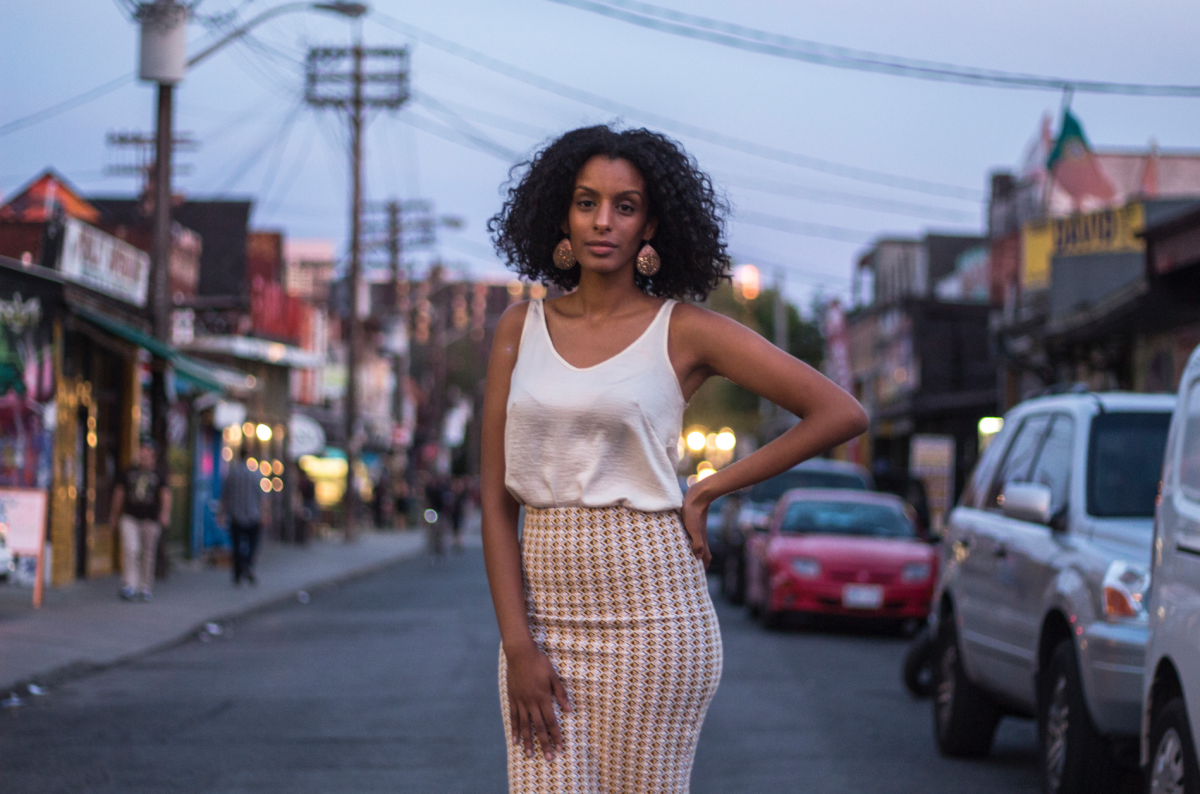 Today is my birthday, I’m officially 26 and as I prepare to celebrate it’s hard to believe how much has happened over the past 12 months. I have travelled the world on a mission to explore food through a Black lens. I’ve  ate some of the most amazingly delicious foods ever and interviewed some of the top food personalities in the entertainment industry. I’ve hosted a series of events across the globe and had restaurant owners thank me for bringing in crowds to their businesses. I  now bump shoulders with famous chefs  who in the past I had only seen on television screens.

But around the same time last year as I celebrated my 25th birthday with dinner at a restaurant in  Toronto, I was met with such racist service that I was forced to leave because I no longer felt safe. I can still remember how my hands were trembling, my chest felt tight and it was hard for me to speak in that moment. I felt so incredibly powerless.

You see I had invited a group of close friends, all who happened to be Black women, to celebrate with me.  The restaurant had a live band performing and I thought this would be a great way to ring in my birthday. I made the reservation in advance, called my friends and was looking forward to some great tiramisu and tunes! However, from when we entered to when we left it was clear we were not welcome. The waitress rolled her eyes at my sisters requests and didn’t seem to hear us when we called. But I shrugged it off. It was when the manager approached my table that I saw that this wasn’t just bad service… As I was biting into the bland pasta, the manager approached my table and interrupted me to let me know that my group would not be able to go upstairs and watch the band perform without paying an additional cover charge. However, the restaurant’s policy was that if you ordered dinner the performance was complimentary. Even though some guests still had menus in their hand, he began to condescendingly tell me why we hadn’t met their terms and how other customers knew how to behave. When I challenged him, he raised his voice and accused me of lying and implied I couldn’t afford dine there. I was so surprised by what he said that I was speechless.

When the waitress returned to our table I asked why he had approached us. She deflected my questions. I had finally processed what was going on and told her I believed this was intentional. Even though I was upset I was careful not to match the managers tone or give them any reason to justify their actions. My friends at the table began looking up alternative venues for live music and decided they wanted to pay the bill and leave early because of how uncomfortable they felt. I was so upset, I didn’t even get any cake! It’s my birthday! I didn’t think this would happen.

I realized then that my sister noticing how upset I was had went to the front of the restaurant to speak with the manager. She later told me how she had explained to him that we were all university grads. She told him how she had worked in the service industry before and this wasn’t right. It was almost as though she was explaining why we deserve to get treated like the “other” customers. The waitress had also relayed my concerns to the manager. I didn’t find this out till later but I got up to tell my sister to return to the table so we could wrap things up and leave. I left my jacket and my purse at the table and all of the other women were still seated. Yet the waitress followed me as I got up insisting I pay at that moment. And before I could even speak to my sister, the manager yelled, “I heard you’re calling me a racist! Me? A Racist?” and began raising his arms and stepping towards me. I took a step back as he moved forward, I really thought in that second he would hit me.  He didn’t. But the fear, the embarrassment and the shock did.

It’s hard to explain the mixed emotions I felt. I was so angry and embarrassed and ashamed. But the most upsetting feeling I had was the feeling of powerlessness. I had literally paid to get treated like shit. My night was ruined but that business would continue to operate as usual.

I remember taking a photo of the restaurant as I left and posting it to my Facebook page. In the days that followed I was flooded with messages and calls. Others began to explain how they too had had similar experiences as they dined out. I began wondering why I had even chosen to celebrate at that restaurant to begin with. What about all of the other dope Caribbean and African restaurants in the city? This led me to more questions. Why are certain cultural foods considered better than others? Why wasn’t dining while Black ever a topic explored in mainstream food magazines and websites?  It was questions like these that literally began to keep me up at night.

I had always been a foodie but after this experience I became more intentional about supporting Black owned restaurants and also challenging common perceptions of food. As people began reaching out to me for suggestions, recipes and advice, I realized there were not many spaces online or in print that were exploring food from a Black perspective. These questions, conversations and experiences led me to create Black Foodie.  Since then, I have learned from African American grandmothers the secrets to Creole cuisine, spoken to famous Black chefs about the challenges of breaking into the entertainment industry,  connected with amazing foodies/ chefs who contribute great recipes to Black Foodie and hosted a series events on East African food that people around the world have connected with. Looking back on the experience I had at my last birthday-I no longer feel powerless. Developing Black Foodie has allowed me to tap into the power we have as Black consumers as well as our rich flavor! 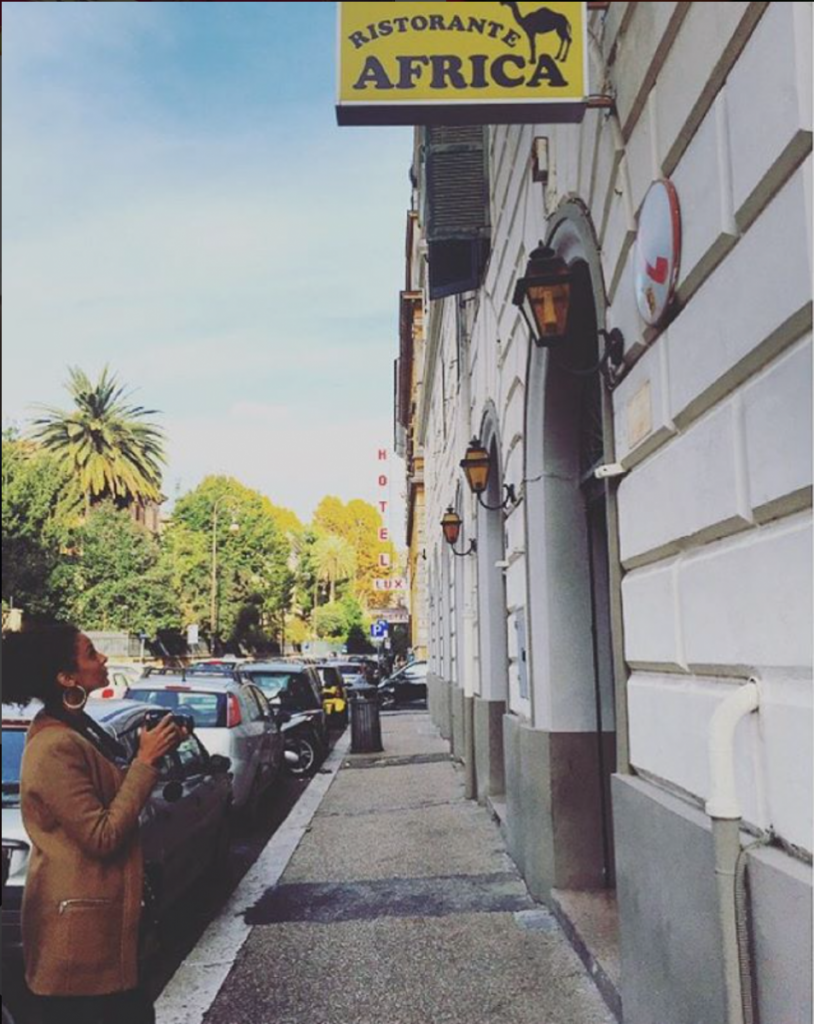