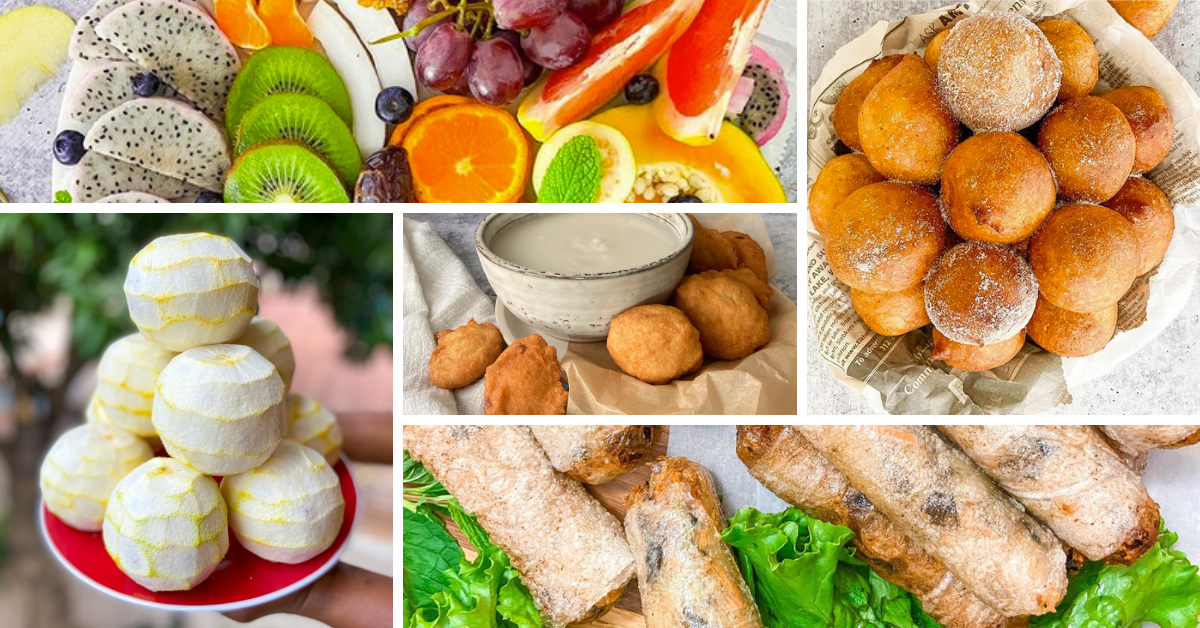 I believe that holidays are better spent with family and friends, relaxing and enjoying good food. This is especially true for Ramadan which lasts 29 or 30 days, depending on the year, and is considered the holiest month of the year for Muslims like myself.

For starters, Ramadan marks the period in which the Holy Quran was revealed. During this time, Muslims of a certain age (with some exceptions) are expected to fast from sunrise to sunset. Since we’re talking about fasting from food and drink for a whole day, it makes sense that food is a big part of Ramadan.

In Benin, a West African country east of Nigeria, about 30% of the population is Muslim. During this sacred month, we pray and give more as everyone seeks forgiveness and reward from Allah. The people of Benin mark this time of the year with different traditions and practices depending on their local culture.

For most of us though, Ramadan is a month focused on community and sharing, especially when it comes to food. Growing up, my favorite part of the month was breaking the fast with family and neighbors and then going to the mosque for night prayers together.

But before all that, there’s a lot of prep and shopping to do.

The preparation leading up to Ramadan

A few days before Ramadan begins, Beninese Muslims begin shopping in bulk for provisions to use at home. Shopping lists usually include gallons of oil, bags upon bags of rice, yam tubers, boxes of sugar, cans of milk, and baskets of fruits, among other ingredients. Part of the bulk shopping is used to make extra meals and treats that many women share with friends, neighbors, and the homeless on the streets or in mosques.

In the North where my mom is from, people who are fasting tend to eat heavy food for suhoor, the meal eaten in the morning to begin the fast, to keep them full all day. This includes pounded yam or other swallows with a variety of stews like okra and groundnut.

Every day throughout the month, women wake up as early as 2am to start preparing for suhoor. During the day, they stay active in the kitchen to prepare for iftar, the meal eaten in the evening to break the fast, which typically consists of fruits, fritters, donuts, and Red Porridge. Red Porridge is one of my favorite iftar meals and it’s the one my mom always has ready for me when I go back home. Making the porridge is hard work but it’s so worth it.

A few of my favorite things

In the homes of the Dendi, the cultural group my mom belongs to, the process of making Red Porridge can last up to 5 days.

You can expect to see women outside their houses cleaning cereal grains like corn, sorghum, and millet. After being cleaned, the cereals are soaked in water and then ground to create a powder. This powder is later fermented to produce a thick cream that is then boiled with some water to form a silky-smooth porridge. It’s an earthy red-orange liquid that you can drink from the bowl or eat with a spoon. In my opinion, Red Porridge is best enjoyed with akara, black bean fritters, or yovodokò, small deep fried donuts made mainly with flour, yeast, salt, and water.

Along with Red Porridge and akara, fruits make up a large part of what we typically enjoy during Iftar. Re-hydrating the body after 12 hours of fasting is extremely important and so you’ll also find peeled oranges, watermelon, pineapple and other fruits on our iftar table.

In recent years here in Chicago, I’ve also started to make my own spring rolls to be added to the evening meal. They’re light, but packed with flavor and the spicy-sweet dipping sauce adds has made them a must for my Ramadan meals.

From one feast to another

During the last 10 days of Ramadan, most people stay up all night to pray until it is time to eat suhoor. In fact, this last third of the month is considered powerful as the Quran was revealed to the Prophet (Peace Be Upon Him) one night during that period. Once again, women cook lots of food to share with as many people as possible in mosques and prayers areas.

Eid Al Fitr, which means, ‘festival to break the fast’, marks the end of Ramadan. In Benin, it’s celebrated with a gathering of Muslims in their neighborhood mosque for the morning prayer. Everyone dresses up in their finest outfits and siblings within each family wear matching outfits to go to the mosque. And then it’s time to feast – but that’s a menu for another day!