The Humble History of Soul Food 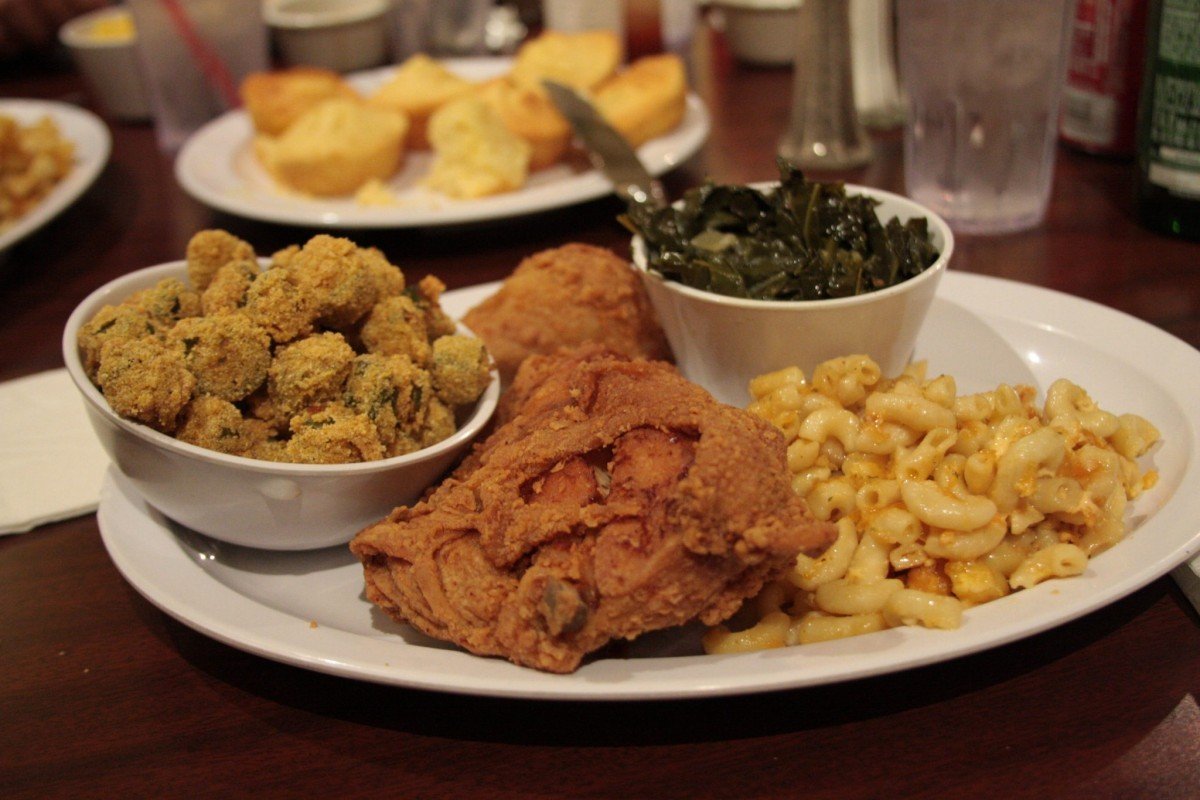 Soul food is one of the most popular and recognizable types of cooking coming out of the United States. For centuries, Black Americans have passed on hearty, sumptuous recipes that have marked many a special occasion.

If you’re like me, you’re a sucker for soul food. The mere idea of fried chicken, collard greens, and cornbread is enough to make my mouth water. But most of us spend more time drooling over soul food than thinking about it.

Soul food takes its origins mostly from Georgia, Mississippi, and Alabama, a collection of states commonly referred to as the Deep South. During the Transatlantic Slave Trade, enslaved African people were given meager food rations that were low in quality and nutritional value. With these rations, enslaved people preserved African food traditions and adapted traditional recipes with the resources available. Over time, these recipes and techniques have become the soul food dishes we are familiar with today. This food genre, now associated with comfort and decadence, was born out of struggle and survival.

Soul food has a rich and important history that ties Black culture to its African roots, and that history is deeply reflected in the staple recipes and techniques. In soul food cooking, there are four key ingredients that establish a historical link to America’s dark slavery past and the African cultures that the enslaved carried with them. 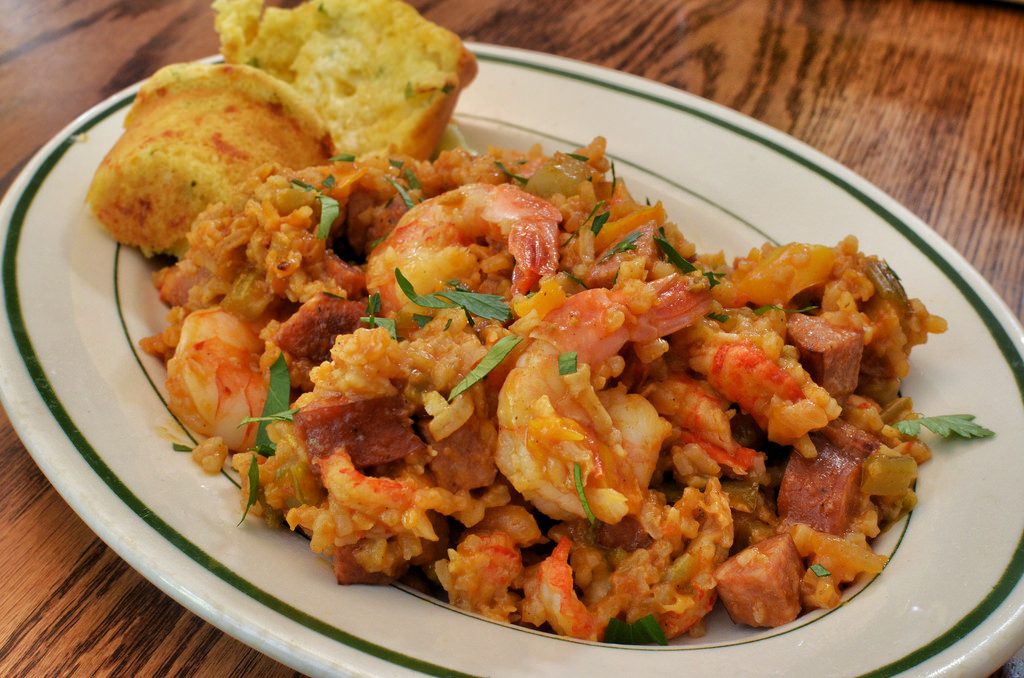 It may surprise you to know that rice is not indigenous to the Americas. In fact, many crops that are key ingredients in soul food cooking were nowhere to be found in the Western Hemisphere prior to the slave trade.

During the Middle Passage, slave traders intentionally took several crops native to Africa and made limited portions of these foods available on the slave ships in order to keep the enslaved alive. Once in the Americas, the enslaved Africans grew these crops on the plantations as food sources that would keep their energy up during the long days of hard labor.

The transport of the African variety of rice in particular through the slave trade arguably set the foundation for the most notable southern American culinary traditions. Since rice is a staple in many African dishes, enslaved Africans adapted their cooking in the Americas with the food items that were most accessible, creating some of the most renowned soul food staples.

Today, we can still see clear similarities between one-pot rice recipes like jambalaya, and Jollof, a wildly popular traditional dish in many West African countries. Other dishes, like Hoppin’ John, bear resemblance to Ghana’s waakye, and Senegal’s thiebou niebe. 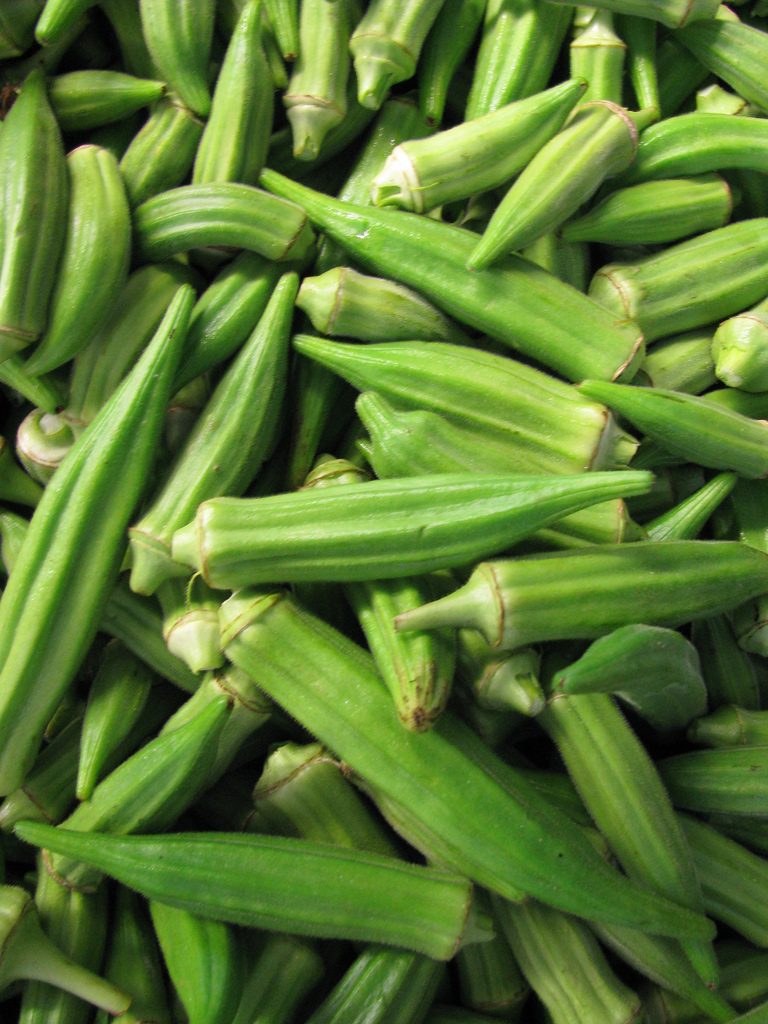 Whether it’s stewed, fried or baked, okra has grown to become a cornerstone of southern American cooking despite its African roots. The slimy green vegetable has a deep history, likely originating from Ethiopia. Over the centuries the vegetable made its way through the Middle East, North Africa, and even South Asia. It wasn’t until the 18th century when Okra made its way to the Americas through the slave ships. Historically, okra has been used as a soup thickener, a coffee substitute, and even as a material for rope.

Okra is still used today in a variety of African soups, stews, and rice dishes, and the recipes vary widely from country to country. While it is usually served fried in the Deep South, many are most familiar with okra as an ingredient in gumbo, a rich and savory stew usually consisting of some sort of meat or seafood, vegetables, and served with rice. Strangely enough, the word “gumbo” is derived from “ki ngombo”, the Bantu word for Okra. 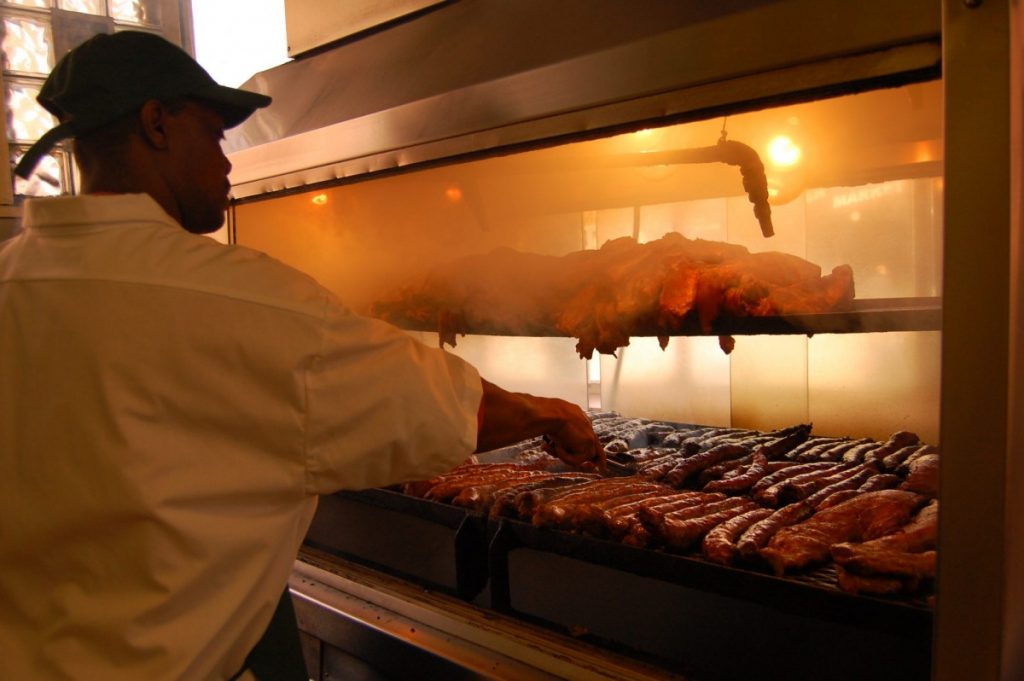 Barbeque in the south of the United States isn’t just reserved for casual celebrations and backyard gatherings; it is a time-honored and sophisticated art form with very humble beginnings.

Pork has been the choice meat in the South for centuries, and the preferred method of preserving the meat in the past was to salt and smoke it.  During the Atlantic slave trade, it was slaves who were frequently given the grueling task of preserving the meat. As a result, many of the techniques in curing meat are said to have been developed by African-Americans of the era.

The cheapest, least desired cuts of pork – such as the head, ribs, feet, or internal organs – were reserved for the slaves’ weekly food rations. As would be expected, the taste of these cuts of meat is not the best. So, to mask the poor flavor of the meat enslaved people drew from their traditional African cooking and used combinations of seasonings on their meat. A mixture of hot red peppers and vinegar was very common, and this flavoring has served as the base of many different barbecue sauces that are still used in the South. 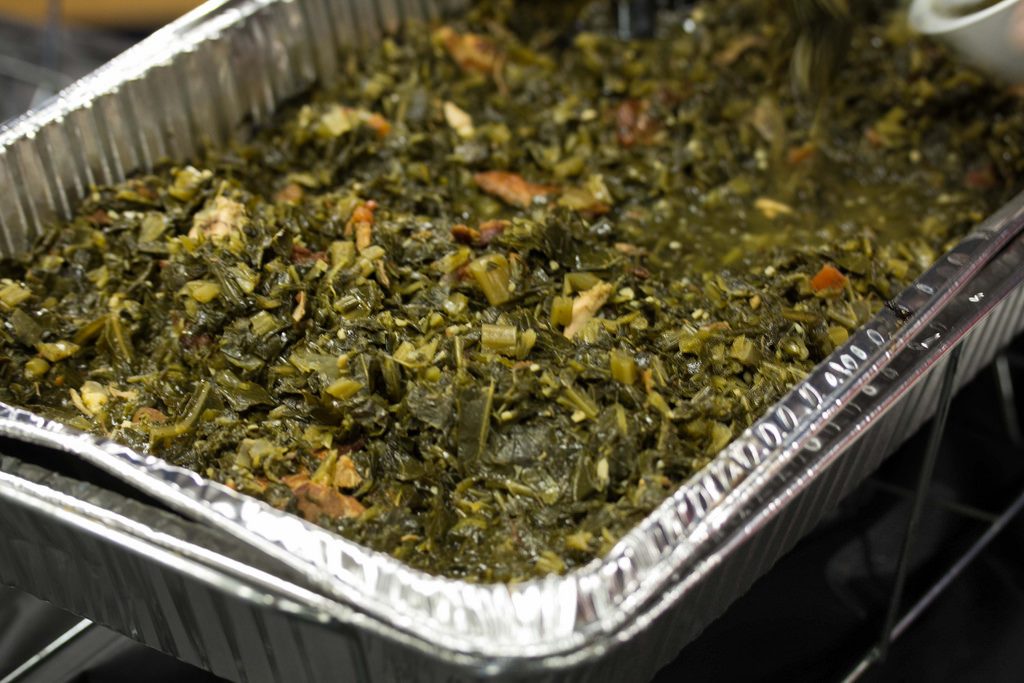 Last but not least, the ubiquitous greens of soul food.

It’s no secret that many cultures have a practice of boiling leafy greens. Nowhere is this practice most common than in African countries, where the selection of leafy green vegetables is unparalleled. Several dishes across the African continent, such as Ethiopia’s gomen wat and Ghana’s kontomire stew, are comparable to the collard greens dish we are familiar with in the West.

As one of the most recognizable aspects of soul food cuisine, it is very clear that the culinary technique of boiling greens has a specific link to traditional African methods of eating.

During the slavery, era greens were boiled in pork fat and seasoning with a combination of whatever vegetables were available at the time. The juices left over from the cooking process, casually known as “potlikker”, was soaked up and eaten with cornbread. This style of eating is reminiscent of various traditional dishes in Africa. Whether it’s injera in Ethiopia or fufu in Nigeria, many African countries have a practice of dipping a staple starch into a vegetable and meat-based gravy.

This website uses cookies to make our site easier for you to use.
Accept or Read more
Manage consent

This website uses cookies to improve your experience while you navigate through the website. Out of these, the cookies that are categorized as necessary are stored on your browser as they are essential for the working of basic functionalities of the website. We also use third-party cookies that help us analyze and understand how you use this website. These cookies will be stored in your browser only with your consent. You also have the option to opt-out of these cookies. But opting out of some of these cookies may affect your browsing experience.
Necessary Always Enabled
Necessary cookies are absolutely essential for the website to function properly. These cookies ensure basic functionalities and security features of the website, anonymously.
Functional
Functional cookies help to perform certain functionalities like sharing the content of the website on social media platforms, collect feedbacks, and other third-party features.
Performance
Performance cookies are used to understand and analyze the key performance indexes of the website which helps in delivering a better user experience for the visitors.
Analytics
Analytical cookies are used to understand how visitors interact with the website. These cookies help provide information on metrics the number of visitors, bounce rate, traffic source, etc.
Advertisement
Advertisement cookies are used to provide visitors with relevant ads and marketing campaigns. These cookies track visitors across websites and collect information to provide customized ads.
Others
Other uncategorized cookies are those that are being analyzed and have not been classified into a category as yet.
SAVE & ACCEPT
Scroll to Top